In the ancient river kingdom, touch is a battlefield, bodies the instruments of war. Seventeen-year-old Mia Rose has pledged her life to hunting Gwyrach: women who can manipulate flesh, bones, breath, and blood.

Not women. Demons. The same demons who killed her mother without a single scratch.

But when Mia’s father suddenly announces her marriage to the prince, she is forced to trade in her knives and trousers for a sumptuous silk gown. Only after the wedding goes disastrously wrong does she discover she has dark, forbidden magic—the very magic she has sworn to destroy.

First, the positives: I adored the empowering feminist themes, and how Barton emphasized the transformative power of community.

However, for the most part, the storyline was reasonable but unsatisfying, stuffed with so many previously encountered tropes that I was immediately slapped by an overwhelming sense of déjà vu. Not to mention that the author didn’t just leave breadcrumbs to foreshadow, she essentially dumped fifty pounds of flour ALL the way to the next embarrassingly evident plot twist. Perhaps this may be more suitable for a younger audience or for newer readers of fantasy, who would be able to appreciate the plot much more than I did.

Bree Barton can definitely write. She has some of these absolutely mesmerizing descriptive quotes: “The sun had turned a simmering orange as it hung suspended above the ocean, and Mia felt birdlike, a winged creature suspended between worlds.”

Unfortunately, the initial “villains” felt laughably one-dimensional, the info-dumping overly excessive, and the dialogue stilted at best. Here are just a few gems from the text that I’ve highlighted for your amusement:

“You’re beautiful when you lie.” He quickly added, “Not to diminish you or suggest that beauty is an indicator of your worth.” [Back off, suffragettes, because Prince Quin is COMING FOR YOUR SPOT.]

“The books are not blank. They are only empty to those who try to read them with their eyes, instead of with their hearts.” [Thanks! Next time I’ll be sure to squeeze my eyes  shut and FEEL the book with my soul as I read.]

“The greatest gift of an inquisitive mind is its ability to silence its own inquisitions.” [This totally makes complete sense.]

Thankfully, during the last couple of chapters, the book definitely picked up the pace in the best way possible. I guiltily admit that I was skim-reading at that point, but I was pleasantly surprised by the unique and engaging plot elements Barton eventually tossed in. She deviated from the formulaic writing of the first half of the story and ended on a gorgeously open-ended note, hence the 2.5 stars!

Okay, and there’s one vaguely problematic element in the story that slightly irked me. Warning: what comes next will be a bit spoiler-y, but I feel like it’s important to the review.  Near the end, one character faces an attempted rape. This, in my opinion, felt wholly unnecessary; it merely reinforced the “villainous” nature of one of our antagonists and added nothing to the plot but shock value, which is just in poor taste. Again, this is just my opinion, and perhaps the true significance of it flew right over my head. Regardless, I firmly believe that the book would have been just fine—perhaps even better—without that scene. 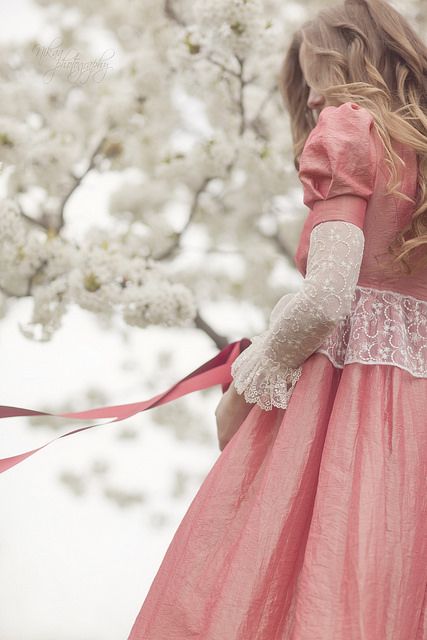 To be completely honest, our lovely protagonist, Mia Rose, seemed like just another cut-and-paste main character with zero complexity. I like my heroines compelling and morally ambiguous, and Mia was the literal opposite of that. Heads up, everyone—sprinkling in arrogance and magic to a bland-as-bread heroine doesn’t make her badass nor likeable.

Apparently, Mia is “smart”—and I say this with emphatic air quotes—and defined by her obsession with science and facts. She’ll remind you of her brilliance every other sentence by throwing in a fancy-schamncy scientific word that caused my eyes to roll so far back in my head that it looked like I was having a seizure.

Mia checks all the boxes of Generic Fantasy Heroine: drop-dead gorgeous, **plot twist** hidden powers, pitiful attempts at being snarky, not to mention noble (“I AM DRIVEN SOLELY BY LOVE FOR MY SISTER AND I HAVE A HEART OF GOLD AND I WILL END UP SINGLE-HANDEDLY SAVING MY COUNTRY OUT OF THE GOODNESS OF MY HEART”).

(Okay, she obviously didn’t really say that, but that’s basically what she does.)

On the other hand, Quin, a bisexual prince, was hands-down the most sympathetic character. He’s literally everything a partner would ask for in life—soft, sweet, great at cooking, but not to be underestimated. Although he initially comes off as aloof, we quickly realize that he’s basically a fluffy teddy bear who deserves all the love in the world. Sadly, even he seemed a bit too much like the generic fantasy love interest—handsome, outwardly cold but with a secret heart of pure gold.

Magic is born in the margins. It is nurtured among the vulnerable and broken. It is our bodies crying out for justice, seeking to right centuries of wrongs.

Like I said before, the ending was the saving grace of this entire book. It was beautiful, bittersweet, and wonderfully written. Mia’s character, who I so intensely disliked for 80% of the book, grew by leagues as she began to accept herself and realizes the true extent of her power.

Regrettably, the strong conclusion wasn’t enough to make this book more than a forgettable feminist read.

with all the love,

15 thoughts on ““Heart of Thorns” by Bree Barton | Witchcraft + Women!”